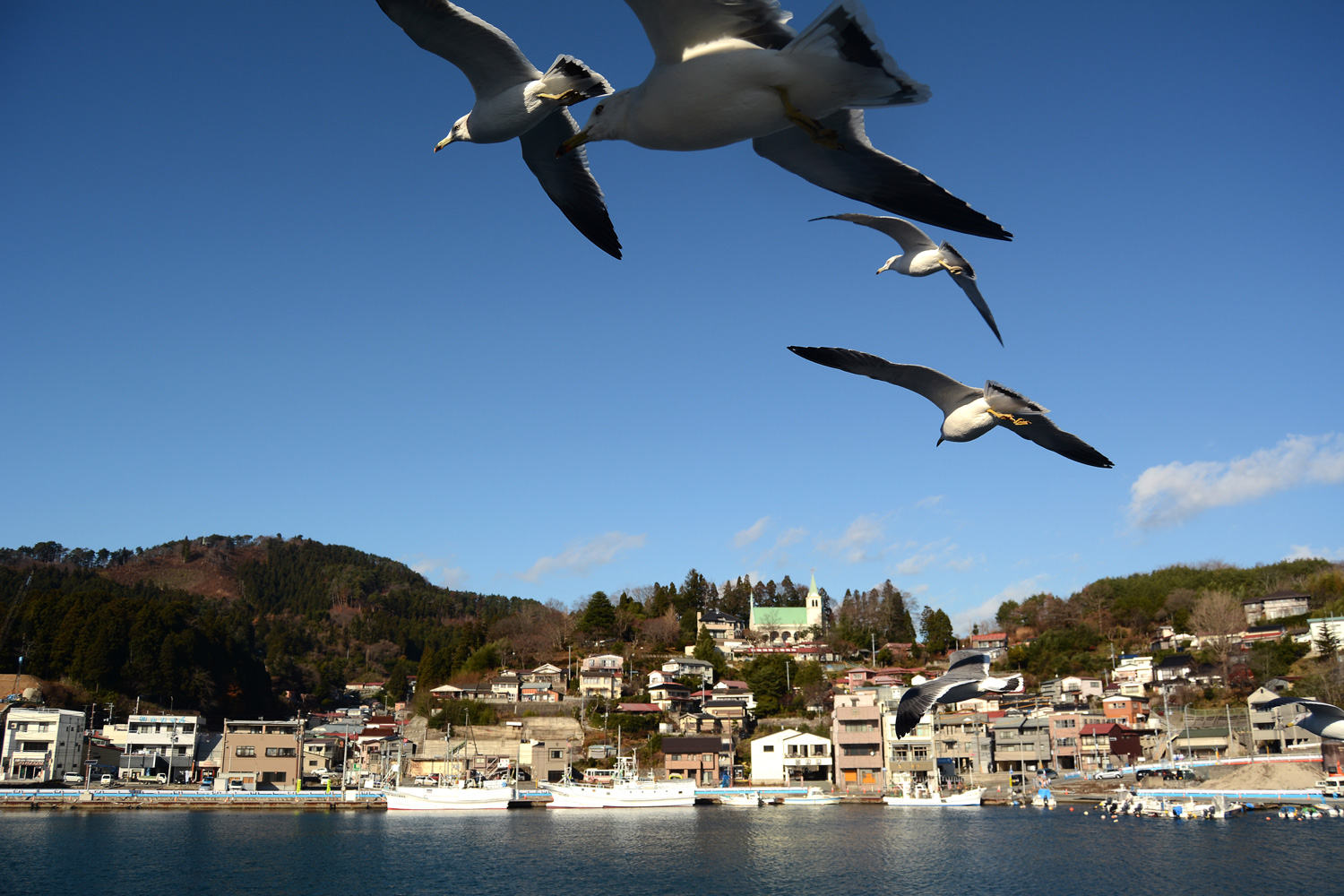 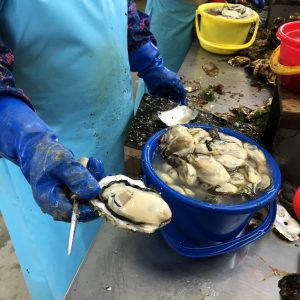 Kesennuma is in the far northeastern corner of Miyagi Prefecture. The city wraps around the western part of Kesennuma Bay and also includes the island of Ōshima. Kesennuma relies on tourism and commercial fishing, the latter being what the city is known for, especially its tuna, pacific saury and skipjack tuna production, keeping the fishing port very active. It also has a shark fin fishery. Prior to the 2011 disaster, the city was Japan’s busiest port for processing bonito and swordfish. Presently, fishing and associated industries account for 85% of jobs in the town.[/one_fourth]